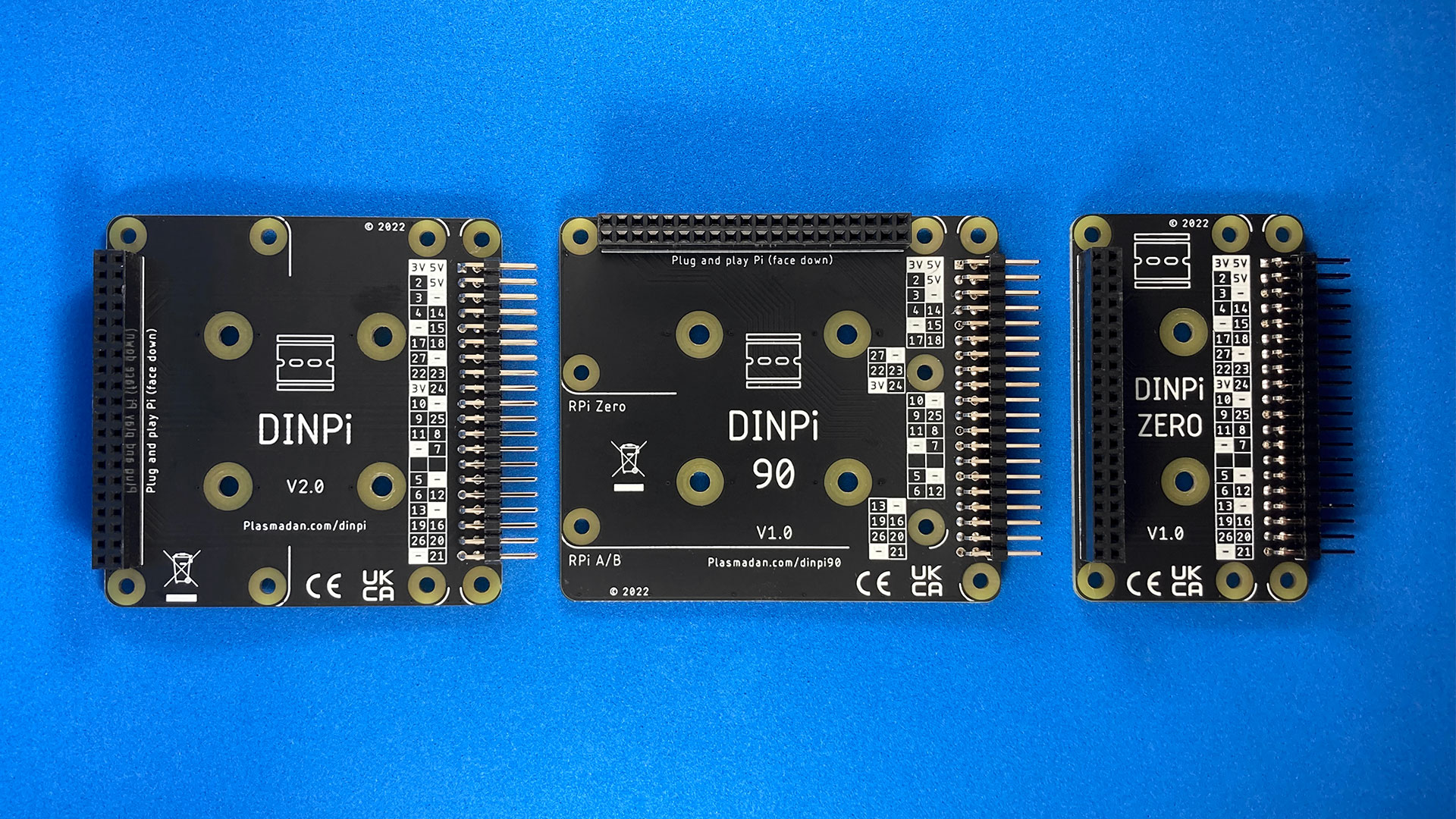 Long before our online store launched, we created a carrier board to mount a Raspberry Pi onto a DIN rail. The DINPi was our first professionally manufactured PCB. It was a prototype made for another Pi project back in 2018, only a handful were produced. Up until recently we didn’t seriously consider selling the ones we had.

Since we already have the HAT RACK ecosystem (which the DINPi was an early prototype of), we decided to give away the source files for free on some 3rd party platforms. To our surprise we found dozens of users downloading and using the files to produce their own boards, we even received some generous donations as thanks.

While it was great to know that others had found it useful, the DINPi was far from a polished product. We knew we could do better, so we decided to bring it back!

The DINPi V2 includes a refined design, new branding and BCM pin numbering for easy identification. Just like its predecessor, the DINPi V2 can mount a Raspberry Pi or any other pin-compatible SBC onto a DIN rail, using standard DIN rail adapters.

It integrates perfectly with our existing HAT RACK boards or it can be used as a standalone carrier board with a full 40 pin header for use with your own projects.

We realise the vertical orientation of the Raspberry Pi might not be ideal for some scenarios, particularly if you want to attach an HDMI cable.

The DINPi 90 solves this problem by rotating the Raspberry Pi 90 degrees. This helps to better align the I/O ports to allow easier access for cables, while maintaining compatibility with our HAT RACK boards.

Of course no Raspberry Pi accessory set would be complete without a Zero option. The DINPi Zero offers a solution to mount a Raspberry Pi Zero or any other Zero sized SBC onto a DIN rail, using a single DIN rail adapter.

And yes, the source files for all these boards will become available soon, watch this space!

Buy direct from our online shop or through our distributors. We ship worldwide!

Get in touch for bulk pricing.

Subscribe to our mailing list to get notified about new products.
We promise never to spam you or share your email address with anyone.
Shopping Basket
There are no products in the Basket!
Continue shopping